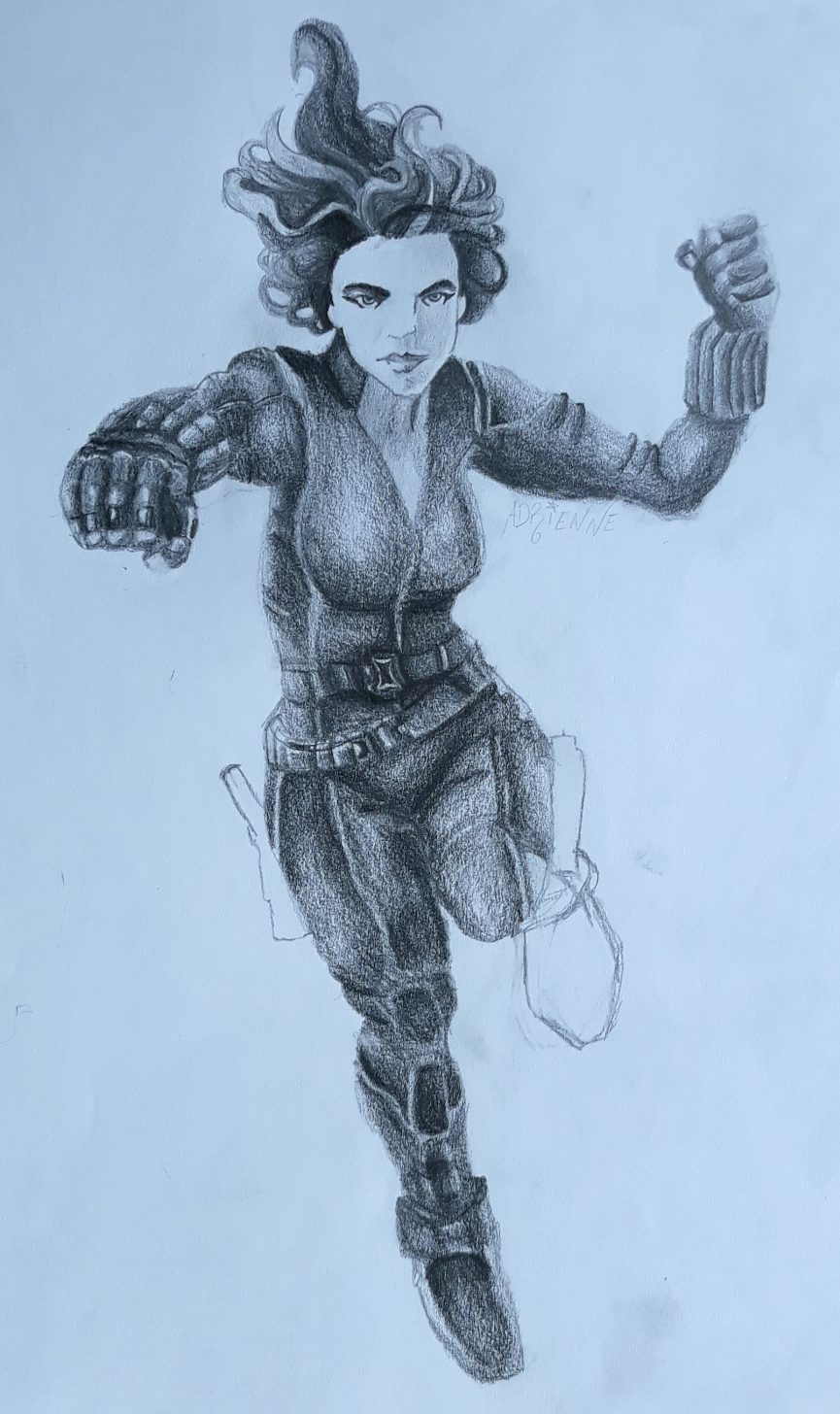 Can a ladybird help you learn to draw? I have just begun teaching a nine year old to draw. Normally I wouldn’t recommend teaching children under ten to draw realistically, because they may not have the full cognitive development to understand the process.

Most children under ten are happy with the simple symbols of childhood and create those wonderful, free, expressive drawings and paintings we so admire. Because they are more intrinsically right hemispheric (the cognitive skills of the left are undeveloped) they have an awareness of the connections and relationships between the shapes and spaces in the format of the paper and place them in ways that create magnificent compositions. 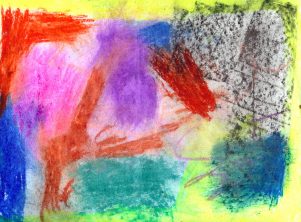 They select colours they love without worrying about whether they are right or wrong and have no fear of ‘failure’. We lose this awareness as our left hemisphere develops and becomes fearful about making ‘mistakes’. In other words, we have the cognitive ability to know when our drawing doesn’t look ‘right’ and we become focused on the object as separate from the spaces and shapes around it.

This usually happens around ten when children begin to attempt realism. They draw small images in the middle of the paper and become very frustrated when they can’t get them to look ‘right’. Their teachers often become frustrated too, thinking they have lost their creativity. It’s not that they’ve lost it, there has just been a cognitive shift. It’s at this stage that children can be taught how to see what is authentic, by consciously re-activating their creative aspect, the right hemisphere and recording what they see moment by moment.

I’ve been teaching my little student’s 11 year old sister for several months. She’s learning how to blend and how to get things in proportion. “It’s pretty cool.”  I agree! 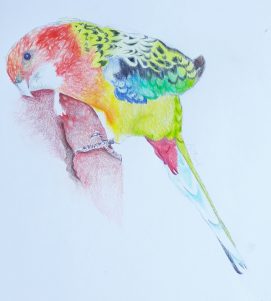 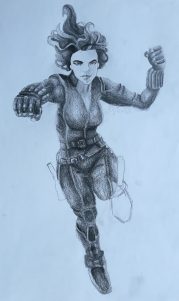 The nine year old became very enthusiastic about her sister’s results and asked if she could learn too. Because the request had come from her and she was so enthusiastic, I said we could give it a go.

Teaching the two girls, is a completely different experience and as we began I was momentarily perplexed, because whilst the 11 year old drew the pre instruction drawing of her hand by looking at it and recording as she went just like an adult does, the nine year old did her pre instruction hand drawing without glancing once at her hand. She did a symbol drawing entirely from memory!

As I watched her draw, wondering how to proceed, a memory of a paragraph from Betty Edwards ‘Drawing on the Right Side of the Brain’ floated in. She proposed you begin with ten year olds by suggesting that they are watching a little ladybird crawl around the contours of an object and draw its journey on the paper. Thank god for Betty Edwards and ladybirds!!

I showed her a leaf and suggested she look at the contour (line) around the edge, noticing all the straight lines, the corners, the bumps and dips and then asked her to imagine a little ladybird driving a car around it, as though it was a road. I did a little demo, talking out loud;

‘Here we are driving up this little hill, now round the corner, ooh, there’s a little valley and now we’re going up this long bit.’

This is how I teach my adult students too,(minus ladybird!) I suggest they change their internal commentary from,

‘How the heck am I going to draw that leaf, I can’t draw leaves,’  to  ‘I’m just looking at this little line and it goes up here…’

Visual language activates our right hemisphere which sees contours and shapes as they really are, moment by moment.

The ladybird in the car immediately captured her imagination and off we went for a drive! She began at the stalk (this little straight bit), looking at the intricacies of each little contour, talking about the ladybird in the car as she went and drew all the way round the leaf on the paper and arrived back to the stalk safe and sound! She learned how to carefully observe the contour of a leaf and record it on the paper using her visual memory. This brave little nine year old (it does take a bit of courage to make a mark on a piece of white paper) drew a leaf and then another two, slightly more complex leaves. The ladybird became pretty good at steering the car! She wrote down the names of the leaves with the greatest of care and the ladybird “got a bit dizzy going round the 0.”  I think she managed beautifully. 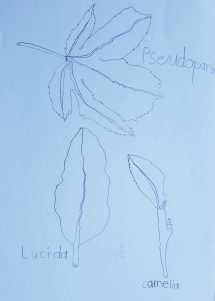 A left hemispheric tendency comes up with drawing when we are faced with a long stretch. Its nature is to project to the end and take the fastest route to reach the destination. Often what looks at first glance like a curve or a straight bit, has small shifts and irregularities that create the authenticity of whatever we are drawing. I noticed that she wanted to rush along these longer contours in the way we all do, so I suggested that the ladybird relax and drive very slowly (I mentioned that to go slowly, all we have to do is breathe slowly), so she could take in the scenery,

Seeing things with your right hemisphere that your left doesn’t see can be very stimulating, they seem to suddenly morph into view, making the perceived invisible, visible. We encounter a visual world we didn’t know existed; we enter a state of moment by moment wonder.

At the end of the session, (this little girl was very focused for an hour) she announced,

‘when you go very slowly, your mind is more focused’.